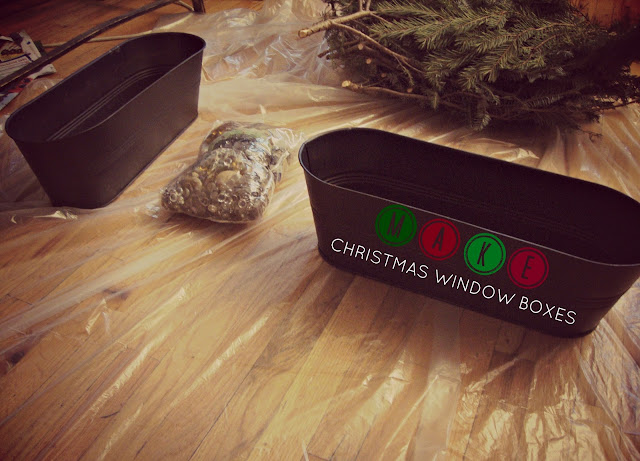 Instructions and pictures after the jump 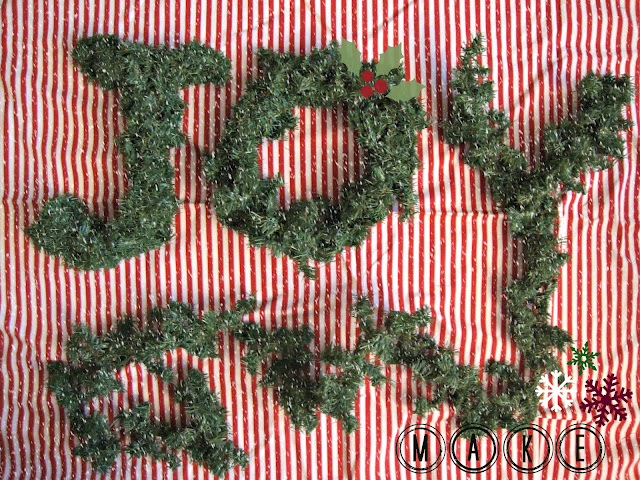 This is a fairly simple project that doesn't require many supplies. Learn how to make letter wreaths that you can hang in your window this holiday season after the jump.

Hi everyone! I did a one minute tip for AT. Click the image to check it out :) 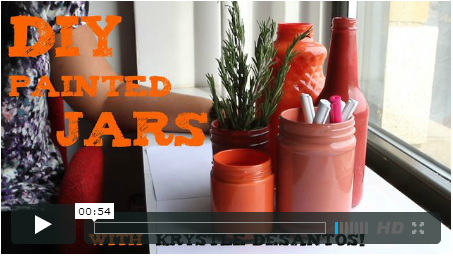 Email ThisBlogThis!Share to TwitterShare to FacebookShare to Pinterest
2 lovely comments

MAKE: OVER THE DOOR CHRISTMAS LANTERN 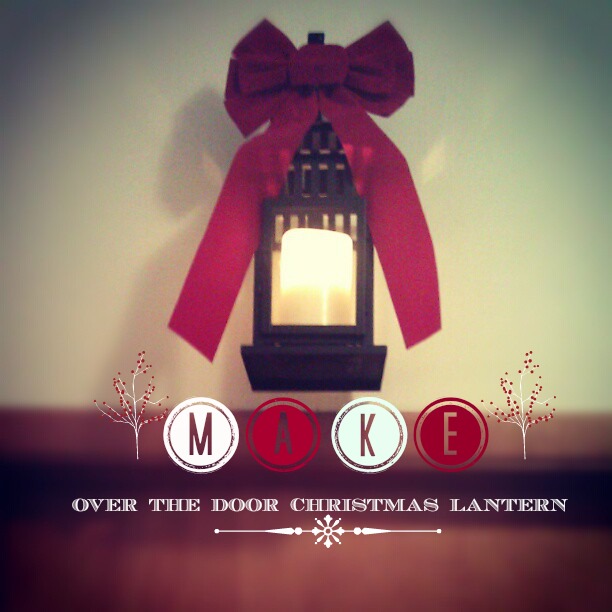 It's usually pretty dark in the doorway to my apartment and I'm always fumbling for my keys, not to mention the challenge I face getting the key in the door. I often use my cell phone light to see the keyhole but my phone is always buried in my purse at the end of the day and when I've got to tinkle I just need to get the darn door open (TMI?). I do have a hallway light but it's wired to my neighbor's apartment and when I flip the switch it turns the light in their apartment on as well. They've never complained but sometimes I don't want to startle them, especially late at night so out comes the phone (after some digging around in my purse). The moral of this story? Make a temporary light solution for my rental that's cute, doesn't pose a fire hazard (I hope not) and can be dressed up during my favorite holiday season.

Make it after the jump. 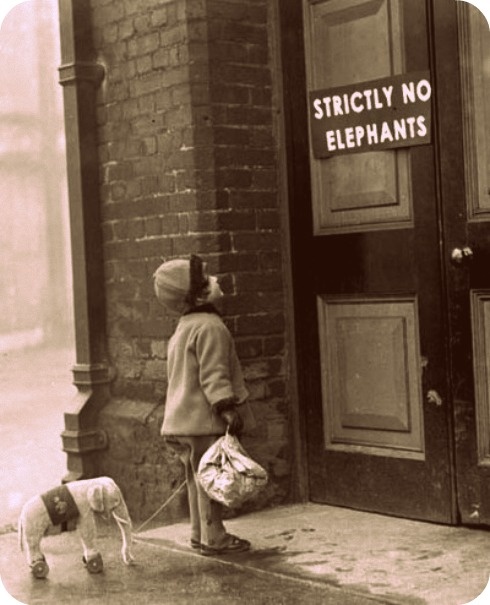 The theme for Trixie's baby shower began with the image above. I spotted it on Pinterest, shared it with her and the rest is history. I started by designing the invitation around this and then began planning pinning the shower. Please enjoy the photos from my dear friend's shower. 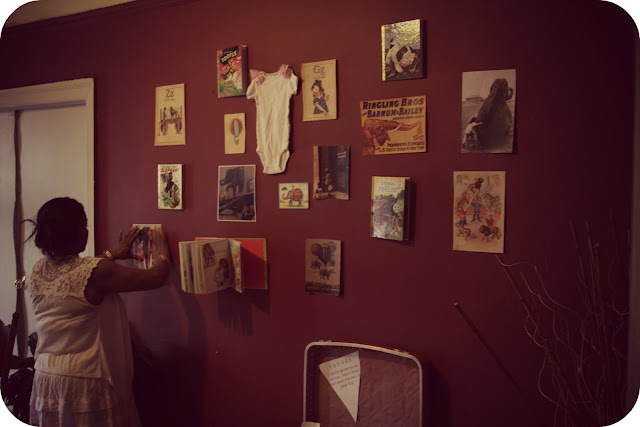 My mamma bear helping to mount books and prints on wall. 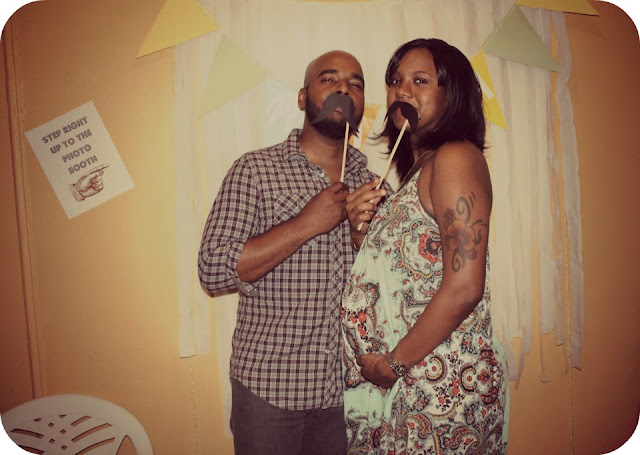 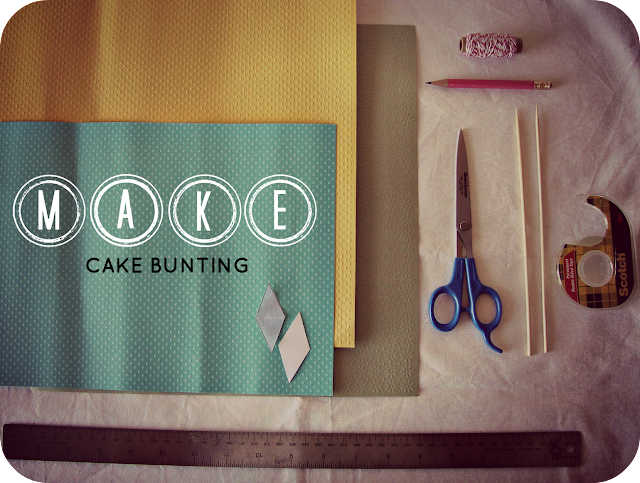 Trixie's shower back in July (which means this post is lonnnng overdue) gave me the perfect opportunity to make bunting for her cake. I planned to make bunting for my sister-in-law's shower a year ago but my nephew decided he wasn't sticking to the schedule and came before the shower even happened. Thanks a bunch Nick!♥

This time around we schedule the shower way in advance because babies can be so bossy, no?

I gathered my supplies and whipped this cutie up during my lunch break. Easy peasy! See how I made and used it after the jump.

BAKING FROM NOT SO SCRATCH 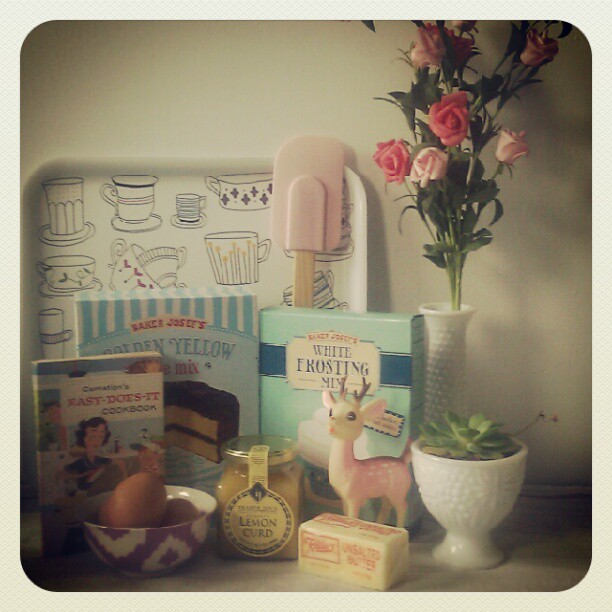 Last weekend I baked lots of cupcakes and brownies (for my friend's baby shower) with a little help from Trader Joe's and my local supermarket. I was also in charge of the decorations for the shower and store bought mixes really helped to simplify things. Ain't no shame in my game. Below are Instagram shots of the baking process as well as tips on making box cake and brownie mixes taste better.
read more »
Email ThisBlogThis!Share to TwitterShare to FacebookShare to Pinterest
0 lovely comments

SNAPSHOTS OF MY CRAFT ROOM 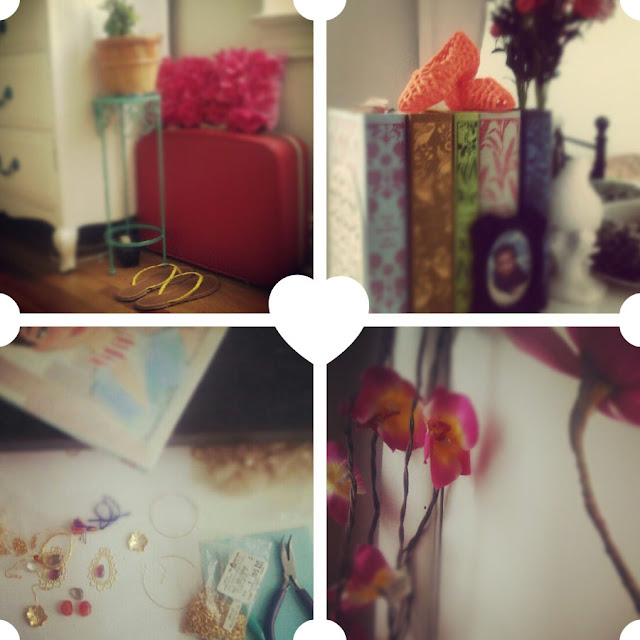 These are Instagram (attempts at using the blur tool) shots of my craft room. I used these shots to play around with Pugly Pixel's photo layout template while learning more about my newly acquired Photoshop. Fancy schmancy!

Email ThisBlogThis!Share to TwitterShare to FacebookShare to Pinterest
0 lovely comments 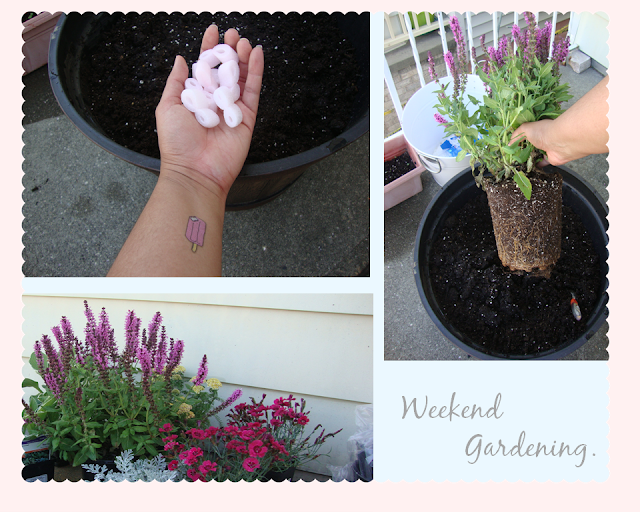 I bought some perennials two weeks ago at Home Depot and I finally got around to potting them up.

I placed Styrofoam peanuts in my plastic whiskey barrel, topped it with soil, added my plants, gave it a good watering and stepped back to admire. What color cushions should I get for my chairs?

A few more touches and my balcony will be ready for summer! Have a peek. 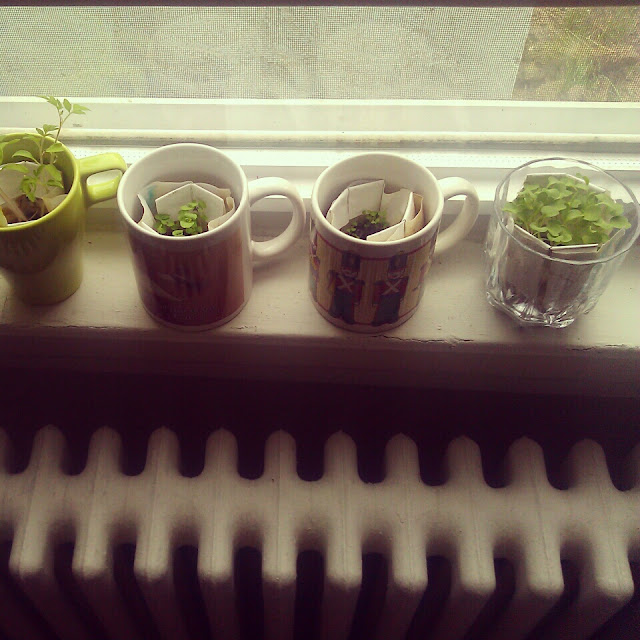 I've been working on my green thumb, or lack thereof and below are photos of my adventures in gardening. Last year I killed ALL my house plants including a sweet pink and green speckled leafy plant that I really adored. This year I'm growing tomatoes, arugula and herbs from seeds (squeal). Keep your fingers crossed. So far, so good.

Take a look at flower arrangements I made and Union Square green market snapshots below. 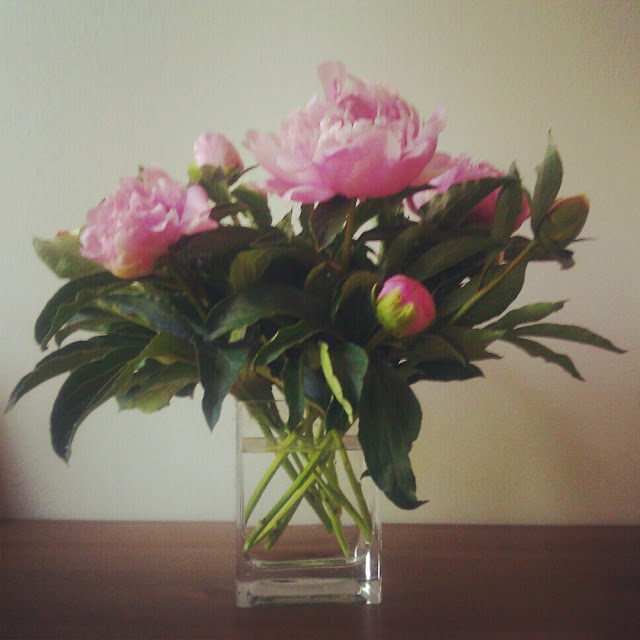